ambodia is a bit of a hidden gem in Southeast Asia when it comes to short holidays. With the awe-inspiring temples, beautiful islands and a rich heritage, Cambodia is full of amazing sights and magical charm just waiting to be explored!

The more popular time to travel in Cambodia is during the dry season, from November to March where the temperatures usually vary around 23 degrees Celsius. April and May are the hottest and most humid months, with temperatures reaching 38 degrees Celsius. Not too far off from what we experience here in Singapore. Siem Reap, a resort town situated in the northwestern part of Cambodia, is the gateway to the ruins of Angkor with over a million tourists pass through Siem Reap annually. While the main draw here is undoubtedly Angkor Wat, there are plenty of other activities to do, such as going on a nature trail or temple hopping and chill out at Pub Street in the evenings.

The symbol of Cambodia - Angkor Wat is the seventh wonder of the world, built around the 12th century originally as a dedication to the Hindu faith by King Suryavarman II. It was gradually transformed into Buddhist temple towards the end of the century. This monumental site spans across 402 acres of land, with intricate details found both in architectural and sandstone carvings. Visit Angkor Wat up close and walk back in time or take the Angkor Balloon for a breathtaking bird’s eye view of the whole site! 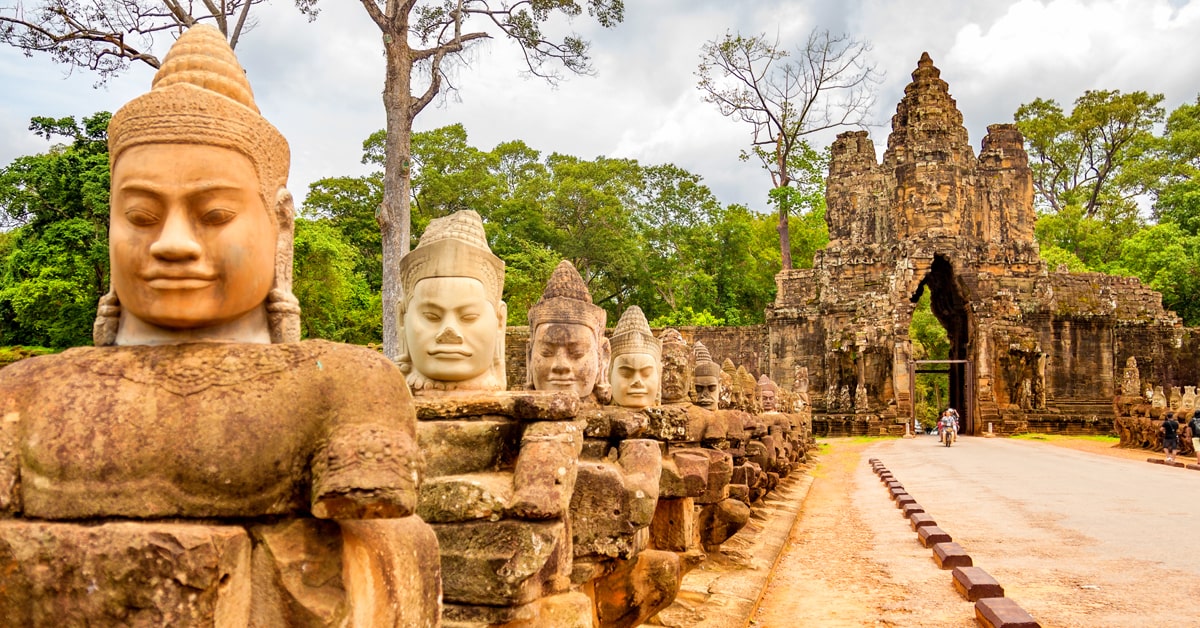 Bayon Temple is in the heart of the ancient city, Angkor Thom, the symbolic center of the Khmer Empire. One of the most popular temples to visit in Cambodia, with over 200 huge faces carved into the stones smiling down. Wander through the complex maze of chambers and passageways while you take in the beautifully preserved architectural works. Another magnificent architecture. Baphuon Temple is the state temple of King Udayadityavarman II, located in the old Khmer capital city - Angkor Thom. The pyramid-style sandstone monument was dedicated to Shiva and was gradually converted into a Buddhist temple in the 15th century. Baphuon Temple is also known as the ‘world’s largest jigsaw puzzle’ when it was taken apart before a civil war and then putting it back in place piece-by-piece by a team of archaeologists. 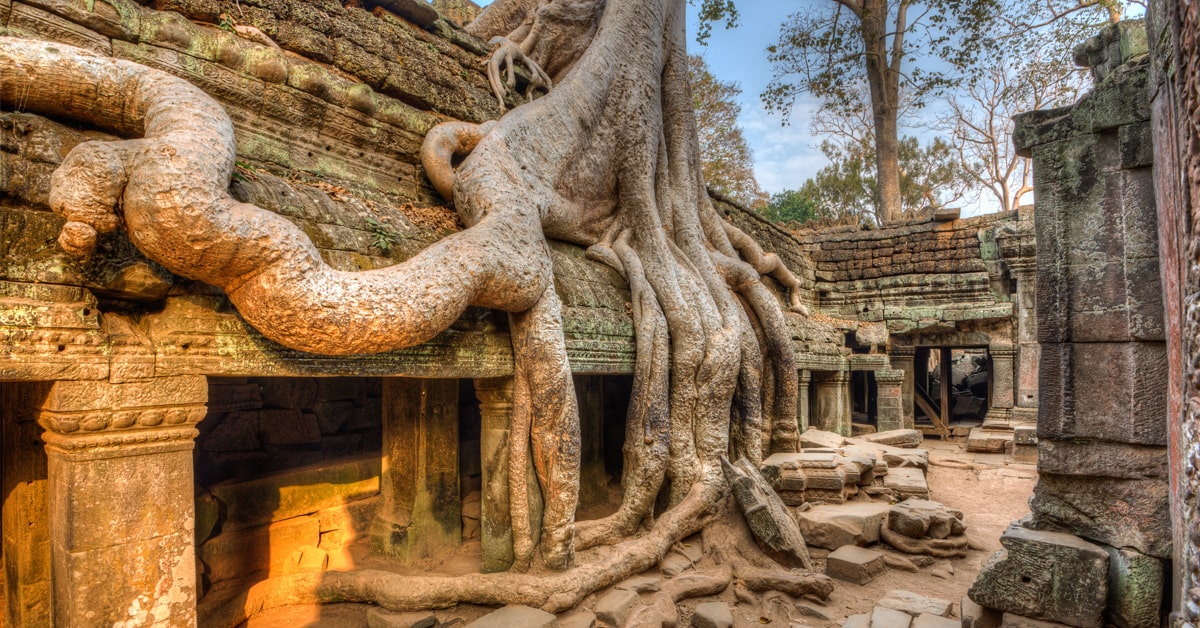 Ta Prohm is one of the most famous temples in Angkor, well-known for the massive trees & roots that grow along and out of the walls, adding to its magical yet mysterious aura. Built during the last decades of the 12th century by King Jayavarman VII as a Buddhist temple, it would later fell into disrepair after the Khmer Empire allowing nature to reclaim it. Tonle Sap Lake is the largest freshwater lake in SouthEast Asia, providing more than half of the total fish consumed in Cambodia. Five provinces surround the area of Tonle Sap Lake with around one million people living here, earning a living mainly on fishing and agriculture. Take a wooden boat ride along the floating village and experience the way of life for the people here. Located in the capital of Cambodia, Phnom Penh, the Royal Palace & adjacent Silver Pagoda are one of the most popular tourist attractions, offering an insight into Cambodia’s past and present. Behind the iconic yellow walls, you can find the beautifully manicured grounds and ornate buildings within. It still remains as the official royal residence so some areas are closed to the public. The Silver Pagoda is another impressive structure by itself, with over five tonnes of silver used in the floor tiles and over 2,000 diamonds used to adorn a life-sized solid-gold Buddha statue!

Intrigued to visit Cambodia and experience for yourself? Check out our Laos Tour Packages: