he Balkans is a large distinct part of southeastern Europe that's made up of many countries with intriguing scenery and rich historical culture. Though there is no universal definition to the listed countries, the Balkans is generally comprised of Albania, Bosnia and Herzegovina, Bulgaria, Croatia, Kosovo, Montenegro, North Macedonia, Romania, Serbia, and Slovenia.

One of the good things when visiting the Balkans is that you can conveniently hop between these countries and enjoy the different natural scenery here. Apart from the natural scenery, the Balkans is also home to some of the oldest cities with many amazing architecture to see, from churches and monasteries to historical buildings and medieval castles. The rich culture is a result of the rich diverse history most of these countries have been through. You can find remnants from the Greek and Roman period and also Ottoman relics. Bosnia and Herzegovina is renowned for its natural picturesque beauty and rich cultural heritage. The mountainous region lined with emerald green waters is truly a breathtaking sight to see. The rich heritage here has been inherited from six historical civilizations, from the Celtic to the Ottoman. resulting in magnificent architecture and unique cuisine. The capital of Bosnia and Herzegovina, Sarajevo has an interesting cultural presence, where the influences of Austro-Hungarian and Ottoman culture comes together, found in the architecture and cuisine. From hookah bars to craft breweries, churches to mosques, turkish coffee and vanilla lattes, Sarajevo is truly a meeting of cultures.

Mostar Bridge or the Old Bridge has stood for over four centuries before it was destroyed during the Croat-Bosniak War. It was later rebuilt in 2004. This medieval arch bridge connects two parts of Mostar City across the Neretva River. Travel back in time to the medieval period as you visit Mostar City. Croatia presents a breathtaking and mesmerizing scenery, sparkling sapphire waters of the Adriatic Sea against long stretches of white pebbly beaches with ancient walled towns and stone castles in the backdrop. It's like walking into a medieval fantasy. 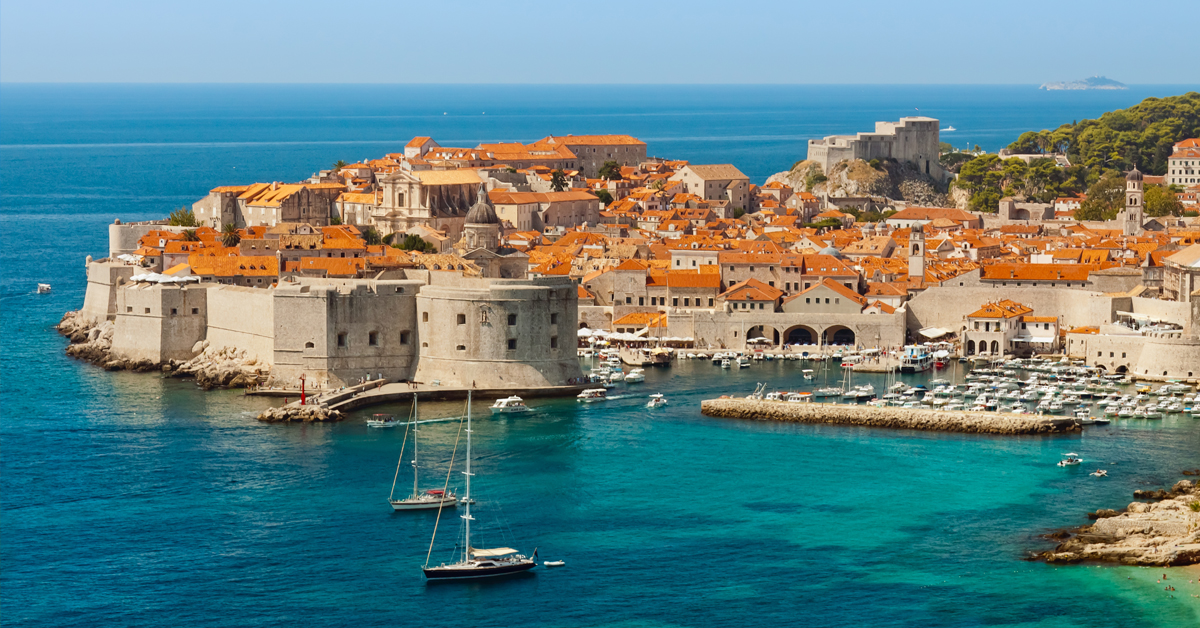 Dubrovnik Old Town is known as one of the world's finest medieval cities. It's so well-preserved that it has provided many filming locations for the prominent TV series - Game of Thrones. Lapped by the turquoise waters and mountain backdrop, Dubrovnik is also known as the Pearl of the Adriatic with its magnificent beauty.

It might be one of Europe's smallest nations, but this tiny yet beautiful country has plenty to offer just like the old saying, good things do come in small packages. With majestic mountain ranges, glistening seaside ports and idyllic villages, Montenegro will be sure to charm any visitors.

Kotor is a fortified town on Montenegro's Adriatic coast. Medieval stone walls encapsulate a beautiful town with narrow alleyways of cobbled streets and beautiful architecture in the churches and bars.

With plenty of food stalls and bars to hop around, you won't be short of good food here - from a wide variety of seafood like grilled river prawns with cheese or a seafood bucket to rainbow cheese toast and the traditional thai crispy pancake. Known for its snow-capped mountains, turquoise green lakes and ski resorts, Slovenia adds a touch of rustic charm to its diverse and natural beauty. Throughout its rich history, Slovenia has been a part of many different empires, kingdoms and countries and thus has a very rich culture to offer for any history buffs.

Lake Bled is one of the most picturesque spots you can find in Slovenia. It's like a scene out of a storybook, with a medieval castle perched high on the hillside overlooking a clear beautiful lake. The highlight here is the tiny tear-shaped Bled Island in the middle of the lake, that houses a church and a small museum.

Enchanted by the beautiful landscape and cityscape? Check out our Balkans packages here: